Home
Technology
What is Bone Conduction And How Does It Work?
Prev Article Next Article

When most people think of their skull, they usually think of one cohesive form made from two parts: the cranium, or the primary, top portion of the skull, and the mandible that includes the jaw. But a human skull is actually far more complex, consisting of twenty-two individual bones that all serve to protect vital organs and enable one to carry out numerous voluntary and involuntary life functions.

It’s interesting to take note of the bones that enable us to hear. The ossicles are a group of three bones often referred to as the hammer, anvil, and stirrup. This set of bones, along with portions of the inner and outer ear, enable us to detect vibration as sound, that our brains then process. There are however, many things that can interfere with that ability, and this is where bone conduction can provide considerable benefit.

Bone conduction occurs as sound in the form of vibration is conducted through the bones of the skull, typically at a lower frequency than sound traveling through the air. In cases when sound can not be heard or heard clearly by the ear, bone conduction can be used to achieve an effect that is virtually equivalent to hearing.

When Is Bone Conduction Used?

Some hearing aids rely on bone conduction when sounds must be transmitted by bypassing the external ear canal. If an individual with impaired hearing cannot wear a conventional hearing aid that’s worn on or in the ear, then a bone anchored hearing aid, also known as a BAHA is used. The BAHA uses bone conduction to act as an auditory prosthetic by stimulating the cochlea, which is the inner ear cavity that contains the Cortia, an organ that responds to sound vibrations.

Bone conduction spectacles are also used as hearing aids. Instead of being surgically placed behind the wearer’s earlobe, these spectacles are worn as ordinary glasses but they are able to transmit sound through a receiver that’s attached to the arm of the spectacles. The arm is placed firm against the skull just behind the ear. Sound is then conducted from the receiver, through the skull, and to the inner ear. 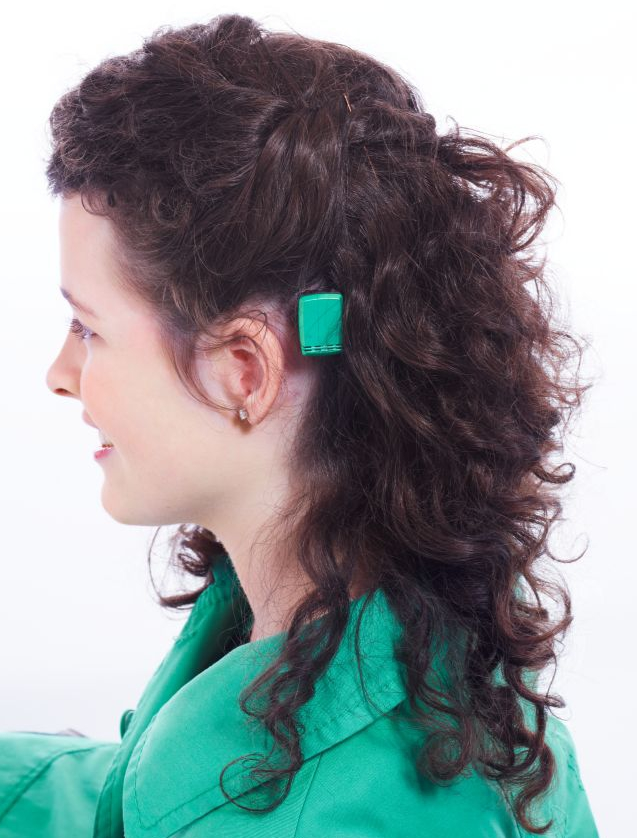 Bone Conduction For Other Purposes

There are other cases where bone condition is used to enhance one’s listening abilities even if they are not hearing impaired. As an enhanced audio product, bone conduction headphones are commercially available. They are touted as an enhanced listening feature in high end, wearable listening devices. Bone conduction headphones are not worn in the ear like earbuds or around the ear like headphones, instead they are positioned in front of the outer ear and on the skull just before the tragus.

The commercial version of the technology has received a mixed response, with some wearers and reviewers stating the listening experience isn’t preferable to that of wearing headphones outside of the ease of wearability.

The consumer version of bone conduction headphones is derived from the type of tactical communication technology that you can find from military audio device manufacturer, CJ Components.

Bone conduction headsets used in tactical situations provide the wearer with more reliable communication and the ability to hear external sounds clearly. This allows them to stay alert and fully responsive to their surroundings without a device monopolizing their hearing ability.

Even as bone conduction is still being explored, this natural means of transmitting sound has enabled humans to bypass a number of impairments. It’s likely to serve as a foundation when enhancing and developing listening devices in the future.

More from this Author

Thank you for subscribing.

we respect your privacy and take protecting it seriously